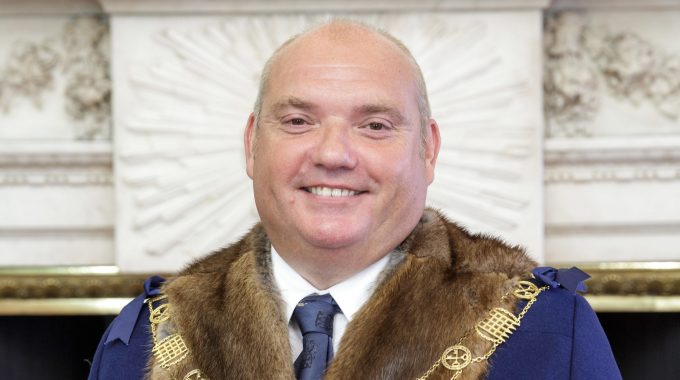 I have had a fantastic year serving as your 21st Master and enjoyed meeting all members at our various great events within my year. We have managed to hold a full calendar of events, with a bit of juggling at the start of my year, and again in January and the beginning of February 2022.

The year started off with not only my Installation, but also that of our Wardens and Yasmeen Stratton becoming our Immediate Past Master. Unfortunately, due to COVID restrictions, Yasmeen had one of the hardest years as Master by not being able to have one live, in-person event. I would like to thank Yas for handing the Company over to me in such great shape and with a profit that was ring-fenced for the Trust.

The subsequent Installation Lunch in Mansion House was attended by a full house of members and their guests, with the then incumbent Lord Mayor, William Russell, along with the Lady Mayoress, also in attendance. I can certainly say that my year started with a bang!

Throughout my year we have enjoyed some excellent events which I have outlined in our quarterly newsletters, but I would like to highlight the following:

We have a very good relationship with the Mayoralty, encompassing the two past Sheriffs, Alderman Michael Mainelli and Common Councillor Christopher Hayward, the current Sheriffs, Alderman Alison Gowman, and Alderman Nicholas Lyons (who, subject to election, should be the next Lord Mayor in November), together with the current Lord Mayor, Alderman Vincent Keaveny and former Lord Mayors, including Alderman Sir William Russell. I have been very lucky to have met all the above on numerous occasions, all of whom are very impressed with WCoSP and how we are progressing in the City, building relationships and taking our Livery company forward.

Throughout my year I have also been very lucky to attend various City and other Livery companies’ events; meeting most of the other Masters and becoming good friends with many and being invited to a host of different Livery events, including various Masters’ weekends. I am sure these relationships will continue to develop with the new Master.

I would like to thank the IPM, Wardens, Chairs of Committees, Court, the Clerks, the Beadle and our Accountant for all their support during my year.

A big thank you to all Liverymen, Freemen and Members for supporting me in my year, and a special thank you to those of you who have offered me specific support during my year.

On that note I have a request to make to all members: please, if you could all introduce just one new member each to the Company and who you feel would benefit from and enjoy the fellowship of this great Livery company, this would make a great difference to us and the running of the Company. We are also looking for current members to join the various Standing Committees and the Charitable Trust – please contact the Clerk if you want to know more.

With all best wishes,