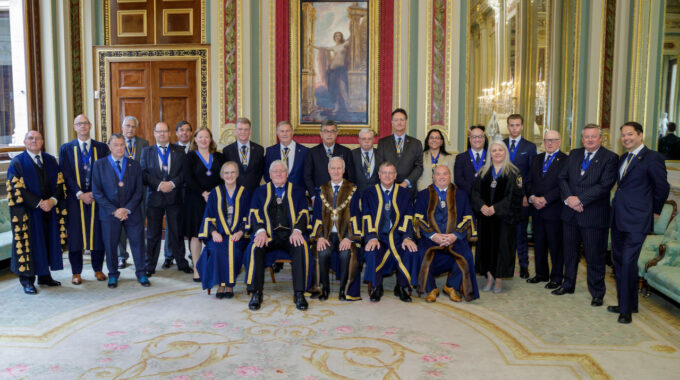 The Installation of the new Master of the Worshipful Company of Security Professionals, Paul Miller CSyP

On Tuesday 7th June 2022, the Installation Ceremony of the Master, Immediate Past Master, Senior Warden, Middle Warden, and Junior Warden took place at a meeting of the Court held in the Chandelier Room at the recently refurbished Drapers’ Hall. Steeped in history, this is the Drapers’ second hall and was bought from King Henry VIII in 1543 for the sum of 1,800 marks (approximately £1,200).

The Master thanked our Sponsors, ICTS UK for their generosity and gave a special welcome to Ashley Fernandes from ICTS Consult who was present at the lunch. We are most grateful to all our sponsors for their support, without whom we would not be able to hold these timeless events in such splendour.

Following the reading of the citation, the Master presented The Ben Flenley Memorial Bowl and certificate to The RAF Regiment NCO leadership award winner for 2022, LCpl Carl Goodwin. Commissioner Angela McLaren, as guest speaker, concluded with a toast to the Company.