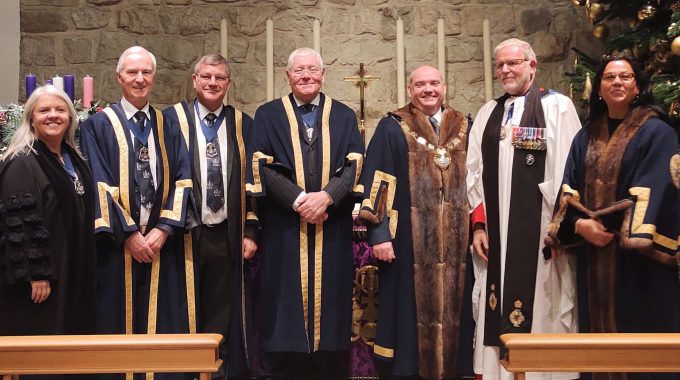 The Company was very fortunate to be able to return to The Chapel Royal of St Peter ad Vincula in The Tower of London for its annual Carol Service on 3 December 2021. We are grateful to The Constable of the Tower and Honorary Liveryman General the Lord Houghton GCB CBE DL and our Honorary Chaplain, the Reverend Canon Roger Hall MBE, Chaplain to the Tower of London for allowing this.

The congregation filled the chapel and included the Master, the Immediate Past Master, all three Wardens, WCoSP Freeman Debra Whittingham, Deputy Governor at HM Tower of London, Past Masters, Liverymen, Freemen, Members, Apprentices and their families, children, grandchildren, and friends, gathered in this historic Chapel Royal for a perfect Carol Service at which Canon Hall officiated.

The Carol Service in The Chapel Royal of St Peter ad Vincula in the Tower of London is a Company tradition. Despite having to wear masks, this was a magnificent and enjoyable family occasion and a fitting start to the Festive Season. We thank all involved in making it happen and in particular our Honorary Chaplain, the Master of Music, the Choir, the Organist and our Beadle and Clerk.