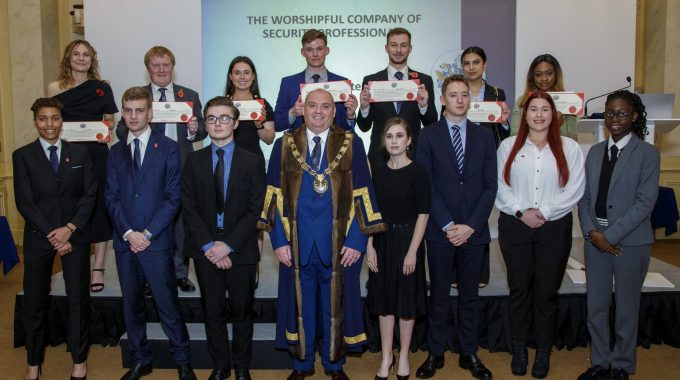 On Tuesday, 10 November, the Master, Wardens, Liverymen, Freemen, Members, Apprentices and guests gathered for the Company’s 2021 Common Hall and Award Presentations which were held in Saddlers’ Hall, a popular venue for our event.

With support from their Apprentice Masters, the following made their declarations and were Inroled on their four-year journey as Apprentices:

Completing Apprentices admitted as Freemen of the Company, by Servitude

The following, having completed their four-year apprenticeships were admitted to the Company as Freemen:

Admittance of Members as Freemen

After making their declarations, the following members were admitted to the Freedom of the Company:

Freeman Clothed in the Livery

The following Freemen were clothed as Liverymen of the Company:

At the conclusion the of the ceremonies, the Master and the Chairman of the Board of Trustees, Claire Palmer, gave short presentations on the activities and achievements of the Company and Trust over the past 12 months and looked ahead to the challenges and goals in the coming year. As part of the Masters presentation he spoke about the company continuing to enjoy close relationships with our Affiliates and was pleased to see XO HMS Medway, CO 35 engineers, 3MI Adjutant and PM RMP in attendance. The master was then joined on stage by the HMS Medway XO Carla Higgins to present the award.

The Master finished by announcing that the Worshipful Company of Security Professionals is setting up a new initiative to help tackle the suicide crisis and more details to follow in the newsletter. After a short break in proceedings, the following presentations were made by the Sheriff:

The Sheriffs’ Award for Bravery 2021

The recipient of this year’s award was Mr LuKasz Koczocik, who had been presented with his award by the Alderman and Sheriff Alison Gowman at the Company’s Annual Dinner held on 14 October at The Old Bailey.

Invited to Common Hall to receive commendation certificates, were the Finalists in the 2021 Award, but unfortunately not all were able to attend. The Beadle read citations for all finalists, and certificates were presented by the Sheriffs to the following:

The award is made to the dog-and-handler team which is the supreme Champion at the Annual Security Dog User Trials held by the National Association of Security Dog Users (NASDU). The Winner of the Civil Division Award was Security Dog Chase and his handler Mr Aaron Page-Baldwin of Ward Security.

The Award is open to individual dog-and-handler teams, dog sections and individuals who have made an outstanding contribution to the welfare or use of dogs in protecting the public through law enforcement. Nominations are given to the Award Judging Panel of the WCoSP.  The Winners of the Civilian Police and Law Enforcement Services Division Award for 2021 Police Dog Kaiser and his handler PC Mark Woolcott of the Metropolitan Police Service.

Each Service can submit up to three pairs of dogs-and-handlers or a unit nomination to the Award Judging Panel of the WCoSP to be considered for the Award. The winner of the Military Division Award for 2021 was the Officer, Soldiers, and Dogs of 102 Squadron, 1st Military Working Dogs Regiment.

Following the formalities, the evening concluded with a reception.