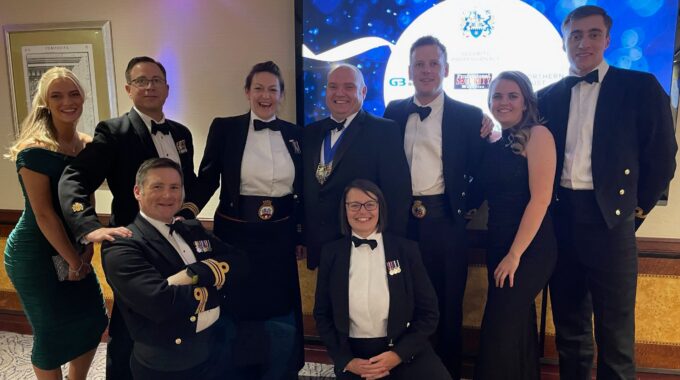 In this ever-uncertain world, intervention by our charities is having an impact – daily. To ensure that we can exceed demand, we are seeking your assistance. An auction and raffle will be held during our Spring Dance on the 4th March 2023. If you can donate items of memorabilia or perhaps experiences others could not otherwise buy, we would be most grateful. This could be private tours of artworks, corporate dining or event tickets.

Proceeds from the auction are donated to the WCoSP Charitable Trust and the Security Benevolent Fund.

This year we have intervened in the lives of many people but let us highlight 3 cases;

Colin a security officer, approached the SBF after his wife suffered a huge stroke, lost the power of speech and was unable to walk. The waiting list for therapy support was several years. At a loss of what to do next, Colin was directed to us and we funded support from a speech therapy unit for his wife. This intervention was immediately impactful and assisted her recovery. As Colin told us “I had no idea that the charity existed, and you have made a such a difference to all the family’’.

Edward a 64-year-old man with no dependants, had worked as a Retail Relief Officer for many years. Diagnosed with Type 2 diabetes, this led to the amputation of his leg above the knee last summer.  Living in rented accommodation and on Income Support, Edward had applied for a Personal Independence Payment.  In the meantime, he was spiralling into debt whilst recovering.  We were approached by his local Council as he was facing eviction from his home. Our intervention was swift and through our assistance, he was able to immediately reduce his living expenses. The assistance he received helped to monitor his repayment of debt and got him back on track paying his rent when his PIP allowance was agreed.

Jeff was referred to us by his local Council after his Housing Officer visited him at home and was concerned for his health, as Jeff only had basic provisions and very little food to eat. He had been a security officer since 2004 and suffered from Chronic Obstructive Pulmonary Disease. He had been quite unwell and had built-up rent arrears and therefore, had to cut down to the minimum amount of food and he was repaying the debt. With limited access to technology, a car that had failed its MOT and applications for tax benefits not being processed, Jeff was in a chaotic personal situation. Our intervention has given him breathing space and given him the ability to work part time. He has been rehoused to sheltered accommodation which has reduced his overheads and given him links to a community of support workers that will help to look after him.

We seek to intervene and assist those that have worked in the security world. Many have had numerous changes to their employment through no fault of their own or have been injured in the line of duty. They are proud and have worked hard and long hours but despite this, many have no savings. Without a safety net life can get out of control. We seek to intervene, to provide timely support and we can work with other agencies more effectively than most.

You support will be well spent and will help people to build a better life. We look forward to seeing you on the night.

Past Master of The Worshipful Company of Security Professionals

Once again, the Company was very fortunate to hold  its annual Carol Service on Friday,…