Frederick read modern foreign languages before gaining a first-class honours degree in engineering and an International Affairs MA from King’s College London. Frederick joined the Company in March 2018 and was granted Freedom of the Company, and the City of London by redemption, in 2019. Frederick was clothed as a Liveryman in 2021 and elected to Court in 2022.

In recognition of outstanding contribution to the Company, Frederick was presented with the Provost Marshal (Army) Sword at the Central Criminal Court of England and Wales by Brigadier Vivienne Buck at the Annual Dinner on October 14th 2021. As part of the COVID-19 and Communications Working Groups, Frederick enabled the digital capacity for virtual events, and managed the development of a new Company website with an event ticketing and payment processing system. In addition to making the Company more accessible, these projects positively contributed to maintaining the Company’s strong financial position during unprecedented times 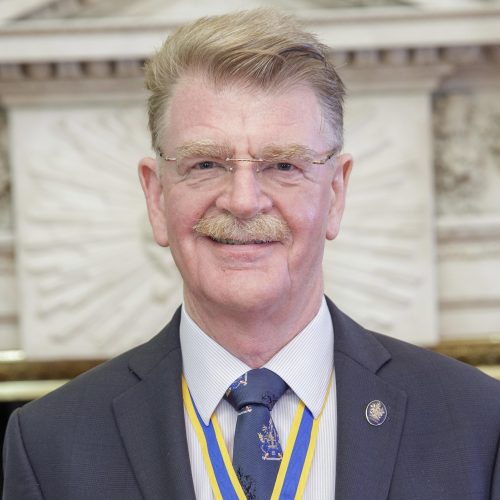 Stephen Anderton is a Court Assistant and Past Master of the Worshipful Company of Security Professionals. He was the Master…