Tricia has an administrative background having worked for a variety of organisations in the City of London ranging from the Inland Revenue to stockbrokers and merchant banks.

In 1989 Tricia moved into teaching as an IT lecturer in Further Education and was promoted to Head of Section where she was involved in management, co-ordination of departmental and cross-college IT programmes, pastoral care and curriculum development within the IT sector.  Moving away from teaching, in 2000 Tricia joined the Worshipful Company of Information Technologists as Assistant Clerk, subsequently being promoted to Deputy Clerk.

Tricia joined the Worshipful Company of Security Professionals in December 2010 as Clerk to the Company.  During her previous 10 years in the City, she had immersed herself in the business and traditions of City Livery companies and gained her Freedom of the City of London in 2008.

In December 2020, Tricia stepped back from the position of Clerk to the Company, going into semi-retirement as part-time Assistant Clerk on two days a week.

Over the past 17 years Tricia has also supported her husband Peter in creating their carp-fishing holiday business in the Auvergne, France.

Based in Norfolk, Tricia has a son, a daughter and one grandson, and an extended family of four stepdaughters and five step-grandchildren.  Interests include cooking, reading, Working Dogs and fishing. 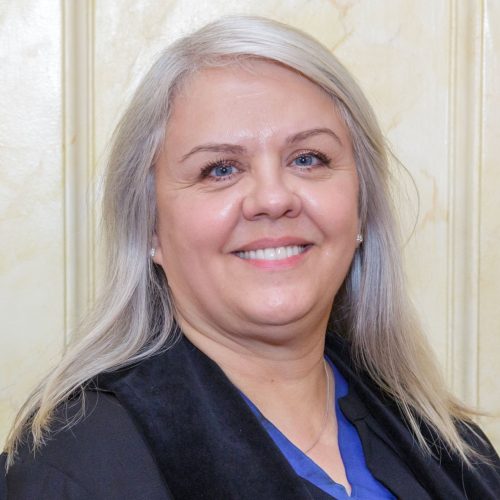 Adrienne took up the position of Clerk in January 2021. Prior to joining the Company, Adrienne spent 27 years working…

LinkedinEmail
Interested in becoming a member of the Company?
Fill out the form and the Clerk will be in touch to discuss your application.
Become a Member
Copyright © 2023 WCoSP. All rights reserved.
Back To Top