The Ceremony of the Keys 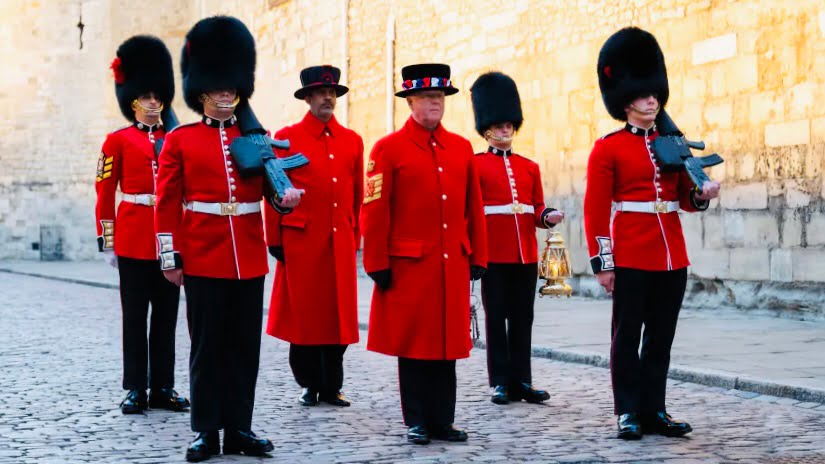 The Ceremony of the Keys is the traditional locking up of the Tower of London and has taken place on each and every night, without fail, for at least 700 years.

Visitors will be admitted to the Tower under escort at 1920. Late arrivals will not be admitted. Attendees will be given a guided tour of the Tower, followed by drinks at the Yeoman Warders Club, also known as The Keys. Shortly before 22:00, attendees will be ushered outside for a briefing, before watching the Ceremony of the Keys. After the ceremony, attendees have the option to leave the tower, or return to The Keys until close at 23:00.

The dress code for this visit is Business Dress. Anyone arriving at the Tower incorrectly dressed will be denied entry. Any individual who express a desire to wear any form of uniform, requires specific permission from the Chief Yeoman Warder. No visitor under the age of 18 is permitted access to the club. Those between 18 to 25 years of age must bring proof of age. The Club operates a ‘cash only’ bar and there are no cashpoint machines inside the walls of the Tower. There is a ‘no movement’ policy in the Tower between 21:30 to 22:05. If any attendee needs to leave early, then they must be clear of the grounds by no later than 21:20.